How To Make Money When You Battle Anxiety

If you’ve ever had a panic attack, or struggle with anxiety on a permanent basis, you have definitely asked yourself more than once – how can I make money when you battle anxiety. Because if you have anxiety, no matter the reason, you most probably also suffer from social anxiety, one of the key issues when trying to make a living.

You can of course get a job where you sit in an office, not talking to anyone during the day, but still there’s the commute thing, and not to forget that even though you suffer from anxiety, you’re a human being and 99.99% of us want physical and mental contact with other humans from time to time.

I had my first panic attack back in 2004, after my last pregnancy and birth. I was able to hold it all together for 4 more years. All while burning my candle at both ends, and on 16th October 2008, my body had had enough of me trying to override my needs.

I had been trying to fix my needs for rest with increasing the number of tasks I took on, leading into a spiral that had only one outcome.

I had an incident at work, which they assumed was a heart attack in my mid 30-ies, but it turned out to be a major panic attack, and left me in a deep depression and with severe anxiety.

I was in a state where I felt everyone that would see me in the store, was judging me, that they could read my thoughts, and that the world would be better off without me. Even my husband and my 3 young children.

I was in no state to work, some days I couldn’t get the kids to kindergarten (which would give me the possibility to rest), so we spent the day in my bed watching films and eating popcorn.

Of course, that was valuable time, creating memories, but when you can’t get yourself together enough to put clothes on your kids and yourself, then walk 200 meters forth and back to kindergarten, and then go back to bedrest, then there’s something seriously wrong.

After being in that state of mind for almost a year, something shifted inside me. I finally understood that the only person who could “save me”, was ME. I had to take the reins of my life, and either continue on the path I’d been on, or change career.

I could decrease the tasks I took upon myself, doing things that lifted my spirit and built me up mentally and physically. Instead of being in that hamster wheel, leading nowhere – for me at least.

Or it led me somewhere – it led me to constant anxiety, panic attacks and lack of self esteem.

How To Make Money When You Battle Anxiety

In 2009 I started an online fabric shop with a family member, and we were quite innovative, introducing something totally new in the market (in Norway), and although all of this was online, I still struggled with my anxiety and the fact that customer service is a real thing.

Through an online store, back in 2009, you weren’t able to tell your story in the way you’re able to today. Yes, there were a blog opportunity, but how to promote it, how to get your story out there, were a totally different issue.

So that blog kind of had a silent death.

While I was building my self-esteem again, I had a physical injury, that had me closing that shop, but the idea about running a business from the web, instead of face to face continued to live.

I took several courses back then, followed the “big guru” names on coaching and mentoring, and I learned a lot. But if I were to pursue that career, I would have to face my anxiety, because visibility issues….

So I chickened out – again.

If you’ve ever done a personality test, you know what an INFP-T person are. I’m one of them.

Although I always judge myself harder than anyone else, I still bubble over of creativity, I always create something new, I never stand still – I evolve, and by doing so, wouldn’t you know – all of a sudden I had lots and lots and lots of printables, workbooks, editable mock ups, ebooks, coloring books and so much more.

So I started selling them on Etsy, on Amazon, I created online courses, I participated in giveaways, I started building a list of clients. People who actually paid me money for my creations.

I started blogging. Business blogging. Personal blogging. Linking to different types of products, both that I had created myself, and products I were an affiliate for. And my email list grew. People wanted my take on things.

Even though I had battled anxiety, panic attacks, depression and PTSD. Or maybe because I had those experiences. I don’t know.

What it takes to make money when you battle anxiety

But what I do know, is what it takes – mentally and actually – to build a blog, and create it in a way that will bring you income.

Not from day one, you’ll have to wait to let search engines find you, but you can start promoting your blog FREE on Pinterest and other social media platforms on day 1. And if you’ll let me, I’ll show you how to do all of this for free.

All you need to do, is to click the image below and sign up – but you need to do it now, not continue to postpone the message or product you have to show to the world.

Please give yourself this opportunity. You deserve it. Deep down you know you do. 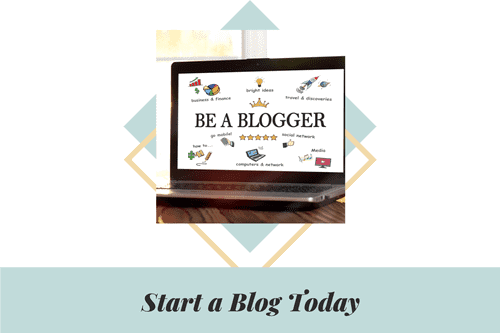 Sharing is karma in the works

Let’s get social on the internet

This website uses cookies to improve your experience while you navigate through the website. Out of these cookies, the cookies that are categorized as necessary are stored on your browser as they are essential for the working of basic functionalities of the website. We also use third-party cookies that help us analyze and understand how you use this website. These cookies will be stored in your browser only with your consent. You also have the option to opt-out of these cookies. But opting out of some of these cookies may have an effect on your browsing experience.
Necessary Always Enabled
Necessary cookies are absolutely essential for the website to function properly. This category only includes cookies that ensures basic functionalities and security features of the website. These cookies do not store any personal information.
Non-necessary
Any cookies that may not be particularly necessary for the website to function and is used specifically to collect user personal data via analytics, ads, other embedded contents are termed as non-necessary cookies. It is mandatory to procure user consent prior to running these cookies on your website.
SAVE & ACCEPT